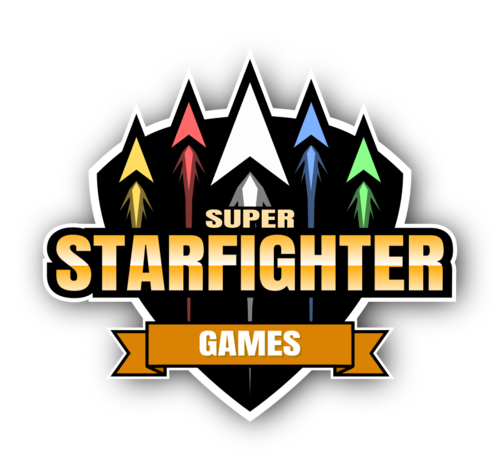 A new release of SuperStarfighter is now up! Grab it and let us know what you think :) 1 to 4 players open source couch multiplayer. Easy to learn, fun to master!

After showcasing our prototype at @herofest.ch in Bern last november, we wanted to make sure to incorporate all the feedback we got into the next release.

We still have a lot to do to reach version 1.0, but we made many many improvements:

1) You can now customize your game, choosing which sports to play, how many stars you need to win, and so on.
2) Arenas for 3 and 4 players have been redesigned and balanced to have more room and be more fun to play.
3) A new game, "slam-a-gon", has been introduced. A new species has been added as well as a playable character.

4) Hive filling game length has been reduced, to avoid excessive snowballing.
5) The arena for Deathmatch has been decluttered from asteroids, and a new type of obstacle has been introduced.
6) Snake sports and team play have been taken out from this build. We feel that their design should be improved. They will be back soon!
7) CPUs are now smarter and harder to beat!

Lots of minor improvements to gameplay, graphics and user interface have been made as well. Last but not least, we started a huge refactoring to enable us to work more flexibly with the codebase. Join the developement on github!

Also, a GameAnalytics-based system to help us collecting game data has been deployed. Don't worry: we ask for your permission first, and never collect any sensitive data.