A chess-based rhythm chess where you play as the white king that lost all the pieces of the army. You have nothing.

Earn every piece back one beat at a time in a scrolling chessboard.

*Disclaimer*: Check the devlog to know the development we did after the submission and take that in consideration for voting. Feedbacks are more important than votes for us :)

## How to play
Earn every piece back one beat at a time in a scrolling chessboard.
Move around at 120bpm with directional arrows or WASD (8 directions) - if you miss the beat the king won't move .

The black pieces will notice you when you are in check (you step on cell they menace) and will attack you in the next beat:

The purpose of the game is to reconquer all the army that is represented by the UI below the screen. You need to capture at least 8 pawns, 2 bishops, 2 knights, 2 rook and 1 queen - order is not relevant.

- **V0.1-submission**: time was short for us for this submission. The king moves at 120bpm with the input. Scrolling chessboard, black pieces will appear from the above row. Black piece Attack won't work :( . No win condition, no gameover condition.
Video of the first submission build (you can find the build it on itch.io page as well): https://twitter.com/notapixelstudio/status/1181382421595508736?s=09

- if you don't move and the grid scrolls without a move, you don't die.

## Credits and acknowledgements
- Godot
- Textreme - ui visual feedback for rhythm control is from this project! (need link )
- whoever invented chess
- Crypt of the necromancer for reference
- chess pursuit (lichess.org/404)

The game is available for all laptop OS, web and android
There is no music, just the sound of the metronome. I could not find a good music at 120bpm that fits well and that was free :) I suggest to put on this playlist. It's really fun: https://open.spotify.com/playlist/48qVMsDfYdILVXkR5kop6L?si=uJAi37z3TsqfTufJjayh... 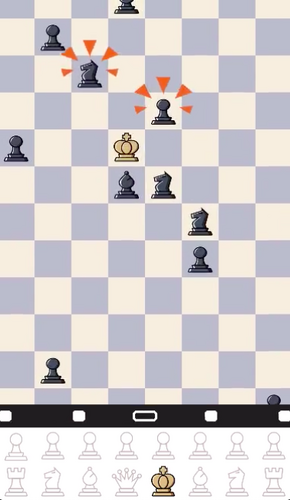 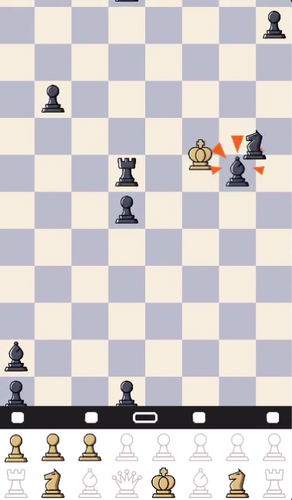 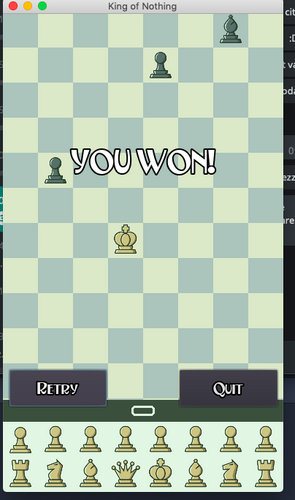